The couple I was Couchsurfing were named Marcus and Anita, they were quite busy at the time I stayed there, nonetheless they did everything in their power to make my experience of Budapest the best of the best. Thursday morning we had breakfast and discussed where I should go and what I should definitely see. Because there were living quite central everything was nearby and easy to reach by foot, they had to get going, so we decided to meet up for dinner later that day. With my to do-list I started wandering the city. First stop, Citadella!

The Citadella was located on a “mountain” next to the Donau, the walk was short but nice. I really took my time scouting this “mountain” the flowers and plants were starting to bloom and everything smelled so nice. I enjoyed the panorama of the city which was just lovely and climbed all the little stairs and paths I could find. On top of the “mountain”  was a huge statue of someone or something, honestly I never really got that much information about this statue, it looked quite cool though. slowly I started going down, for I had to follow the Donau north, towards a nice coffee shop and the oldest street of Budapest. On my way down I noticed that there were shit loads of maple trees growing here, sadly not the Sugar Maple which gives you Maple Syrup but regular Hungarian maple. I also made a lizard friend and chilled out with him for a bit. 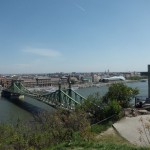 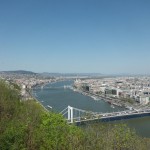 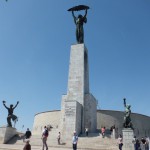 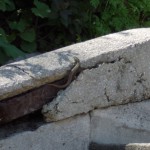 Reaching the bottom I headed north into the castle which was located nearby. The castle is a museum these days but there are many parts you can walk without having to pay, which was exactly what I did, getting through the castle and walking the Donau I could see the Parlament, a fancy building indeed. Its been a few hours walking though and I felt like taking a little break. I headed to the recommended coffee shop, the reason this coffee shop was so awesome was not only because the original owner was still making the classic coffee but also because it was on the edge of two districts, a poor district and a more upper class district. I enjoyed some hot chocolate and started checking out the people. As Marcus told me, there were quite some different people walking in this area, from homeless, to hipsters, to just your ordinary dude to fancy buisznesz men with suitcases. Very amusing. When I felt like walking again I bought an ice cream (ow so delicious ice cream) and checked the oldest street in Budapest, not so special, but mainly very old! at this point I was very near to Margaret Island which is an small island in the Donau where every Budapestrian goes in the weekend when the sun shines, basically I went there to check it out and took a very nice nap under a maple tree. 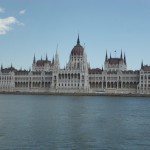 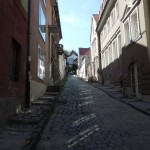 Walking back to my couch to meet up with Anita and Marcus I took the opposite side of the river, passed the parlament and some more districts. Budapest is clearly divided in districts. I was staying in the most touristic part of town which was very obvious, around the “mountain” was your ordinary district, north of that a bit more upper class. Walking south on the opposite of the Donau I walked through the bankers district, full of fancy buildings, expensive cars, suitcase people, and lots of police just guarding buildings and even road crossings. I had to take a pee like crazy, but there was no bathroom to be found, not even a simple cafe or supermarket, it was just fancy buildings and banks and more fancy shit. I manged to get out of this horrible district and enjoyed my long awaited pee in a sushi restaurant!

That evening we went into the Hipster district to get some dinner at Frici Papa, which is a traditional Hungarian restaurant with nice prices. I felt like eating some meat and they recommended me the Gypsy dish, which basically involved fried potatoes with a bunch of meat thrown upon said fried potatoes and some sauce, It looked horrible. but was extremely delicious! Meanwhile having dinner, I threw all my charms at Marcus, for I really wanted to eat some desert, sadly Anita didn’t. I managed to seduce Marcus into sharing one with me! after dinner we met up with some other Hungarians and spend the evening tasting different beers and wines. 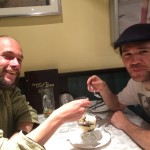 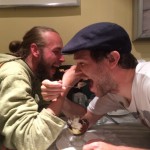 That morning talking to Marcus we decided I should check out the southern parts of the city which had the Gypsy district and the poorest district of Budapest, he recommended me some places to get lunch and some parks to check out. Anita and Marcus were very busy this day and not able to join me for dinner. I started wandering the southern part of Budapest, first stop Gypsy district! this district was weird to walk through, I had some trouble with Gypsies in Lithuania, nothing really bad happened back then but still I entered this district with some nervous thoughts. The houses were actually in very good shape and looked nice, but as expected it was full of Gypsies, maybe not on every corner but definitely encountered a few groups of obvious gypsy woman just chilling. Luckily they just minded their own business so after a while the nervous stereotype thoughts faded and I could comfortably walk this area. I was to pussy to make pictures of them though so you’ll have to visualize it by yourself.

After Gypsy district I went to scout the poorest district of Budapest which was very obvious, the buildings looked like crap, there were lots of homeless or poor looking people wandering the streets and in the parks just people chilling with their dogs and probably all their possessions. Somewhat weird though was that the metro entrances in this district were very fancy and nice looking and every one in a while you would encounter a Lidl in a building more maintained then I had ever seen. I didn’t stay long in both these districts It was cool to see but didn’t feel like hanging out there, so I headed back to check out some places up north I wasn’t able to find on Thursday 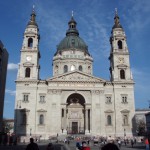 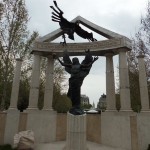 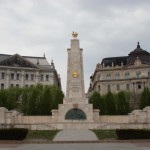 Due to my hosts inability to join me for the evening I met up with another CSer for I didn’t feel like wandering the streets alone that evening. Eva took me for dinner at another Hungarian restaurant. the restaurant looked cool and wasn’t to expensive. When checking the menu I noticed Dumplings, Again hoping for something similar like Lithuanian dumplings I ended up with a plate full of noodles, veggies and a chicken leg. So to make everything clear,
Dumplings in LT: Meat in dough fried or cooked,
Dumplings in CZ: Breadlike substance cooked,
Dumplings in H: Noodles :)))
Anyway the food was delicious! and Eva was a really interesting lady to get to know, to put her in a boxy nutshell, A Catholic Materialist working as a manger for a Television company, quite the combination if you ask me. But she has a very open mind to everything, and doesn’t necessary approve of all the “rules” her religion “forces” upon her, making her in my opinion a very awesome modern religious person. Talking to Eva was just amazing, we only knew each other for one hour but due to us both being very Open, we just spitted everything out, made shit loads of jokes and found the common line. No hard feelings, The laughter that evening was high. Especially when she started translating traditional Hungarian fairy tales but remixing then so that the princess who was sneaking out of the castle would walk through the diamond forest to a Dubstep party to get shitfaced and hook up with some handsome princes. I almost shit, peed and farted my pants, burped and spit the food I was currently consuming at once.

After dinner we walked for a some hours, chatting about anything you can possibly imagine, then she showed me Heroes square and told the story of each worthy dude who had influence on the history of Hungary and Budapest, the remade castle of one of the crazy dudes. In the garden of said crazy dude was a statue of a unknown writer, The story goes that if you touch the tip of his pencil you would get blessed, I think Anonymous is a pretty cool guy, so I touch his shiny pointy thing and got myself blessed by Anon. Row Row Fight Da Powah! 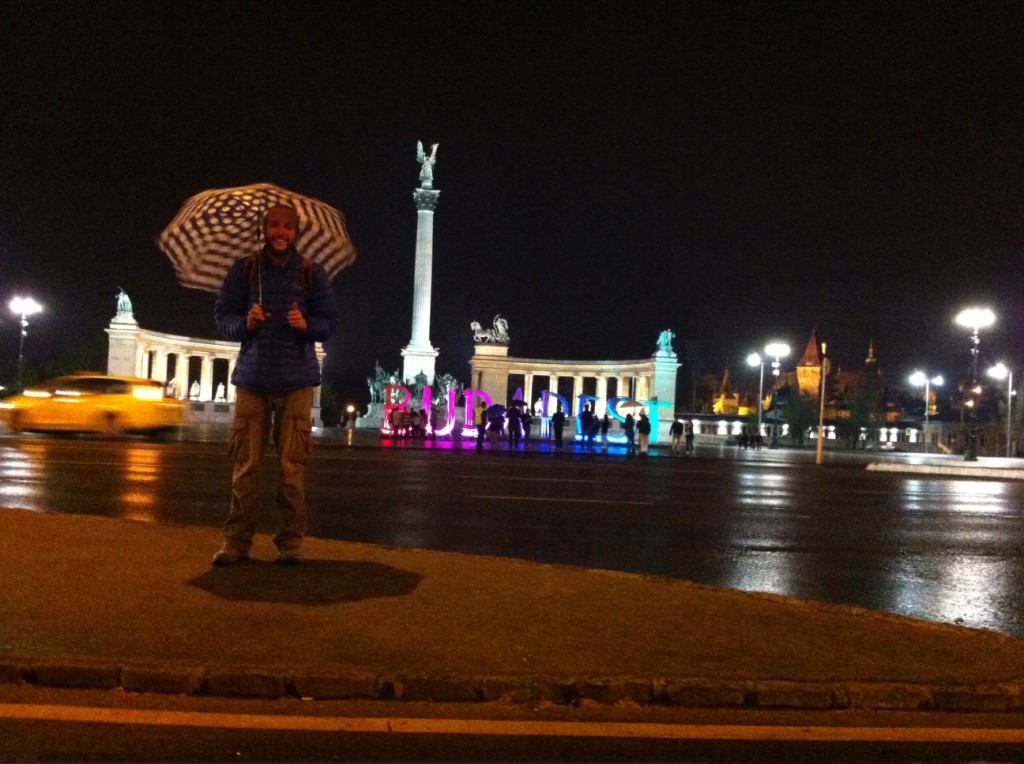 Anita and Marcus invited me to come visit their project they have been so busy with the past few days and volunteering at. basically it was a special weekend where special buildings and places would be opened up for public so you could check it out. They were working at an regular flat, but its a very old flat with some very old inhabitants, they had this little Quest to find the pictures on the paper and answer all the questions by talking to the inhabitants of the flat. This really amused me and I believe I found them all! after I done my quest I visited some other places, who sadly were not so interesting as this house they were volunteering at. 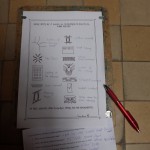 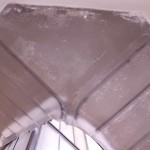 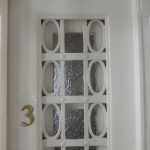 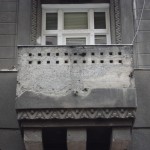 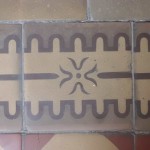 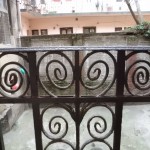 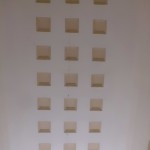 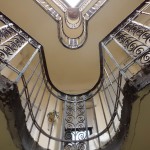 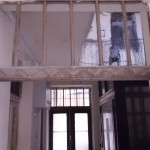 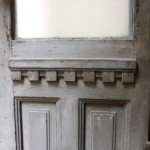 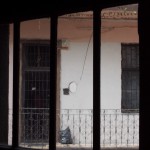 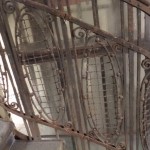 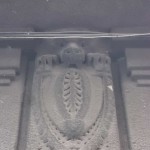 Anita studies Psychology and languages and speaks quite some languages like Hungarian, English, Russian, Polish, Spanish and shes learning Icelandic. Marcus is a music producer. He creates music and beats on his computer, or mixes and samples songs. Then together with an actual instrument like a trumpet or a violin he preforms in bars and cafes, the stuff he does is very awesome. Saturday night he was playing and I had the honor to see his work in action. Sadly it wasn’t that crowded that evening, but I really enjoyed them playing and he got some money out of it. Nothing to complain illd say! Later on Anita joined us and we rode the bike back home. I really enjoyed the short 10 minutes ride, for I love riding the bike, especially in countries and cities I never biked before! 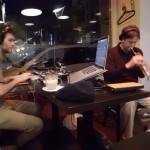 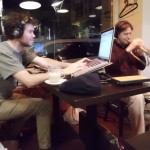 Anita and Marcus had another very busy day but Hitchhiking on a Sunday is not the best thing to do for there is not so much traffic. I had a great time with Anita and Marcus but decided to spend the Sunday with Eva, for she was free and wanted to hang out. She was also able to offer me her couch for one night so I could leave the house with her on Monday early morning, Onward to Romania. We walked in her district, bought some very delicious Hungarian cakes and cookies, ate them in a park, We sat in silence and became aware of our surroundings, climbing some mountains and had some very interesting conversations about the ego, the mind and daily live. That evening she cooked me Delicious oven breads. 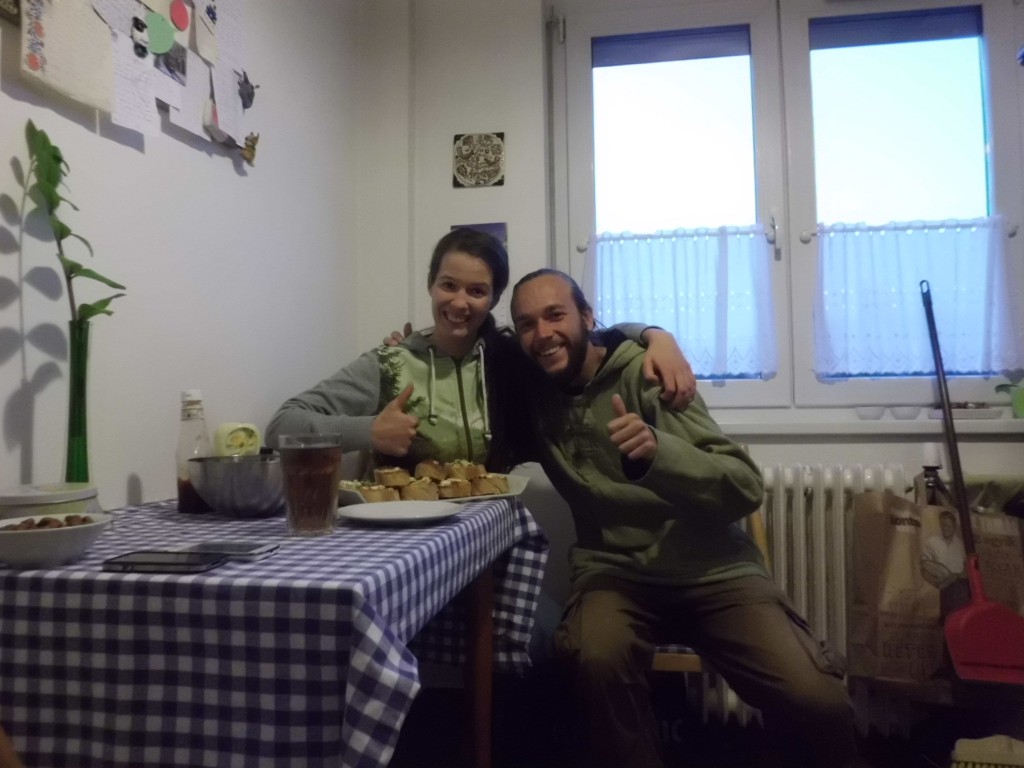 My time in Budapest was amazing, and this only because Anita, Marcus and Eva are such awesome people, showing me everything I needed to see, and let me experience proper Hungarian cuisine. They were also  interested in my story and have quite the story themselves. I will return to Budapest sooner or later, maybe not for the city itself, but definitely to meet up again with newly made friends!