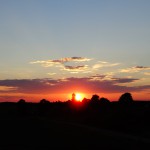 The end of a Chapter (4/8/2015) - Another year has passed by as if its nothing. Time has been going fast, they told me the older you get, the faster time will go. So I try not to think about it that much. It was a great year, This place is wonderful and I really felt at home here. So much possibilities […] 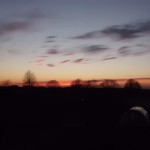 Spring Awakenings (3/21/2015) - I have awoken from my winter sleep, yeah I know. I haven’t been blogging much the past months, this obviously because i was sleeping! The truth is, winter wasn’t so bad as i had expected it to be, there was allot of snow, ice and coldness, but it didn’t get much below -10. we did […] 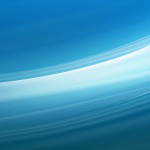 Northern Lights LT (3/18/2015) - It’s just after midnight around 01:00, I go outside to empty my bladder which I usually do before I wander the dreamaverse. I open the door and i’m rather confused by the brightness of the sky at this time of year. I didn’t even have to put on the light to see the things i […] 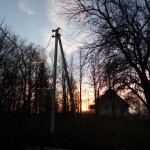 Winter is Coming. (11/5/2014) - Slowly the weather is turning, last week was actually doable, but the week before. Osnap. it started freezing at night like crazy. Every morning there were big layers of ice in our buckets and wheelbarrows, getting thicker and thicker. When you feel like adding some more clay, you suddenly realize that all the clay is […] 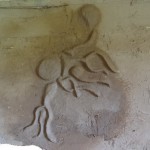 Recent Developments (9/6/2014) - Winter is coming, Slowly but surely, all of the sudden the 35 degrees was gone and we had a period of rain and winds. nights are getting colder and instead of a subtle light from the horizon its already dark at 9 these days. luckily for us there has been some nice sunny weather the […]

Assisting @ Šironija (8/17/2014) - This weekend (16/17th of August) We went to help an acquaintance of Basz with his Straw house, The Dude (Which is the son of the old mayor of Moletai) decided to build his own house on the land of their family for his wife and future kids most likely, to live there happily ever after. […] 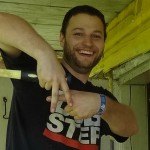 Esci in da Hizzle (8/8/2014) - Last Friday, da first of August Me n Crayray headed to da Airport to pick up our Brha from another Mha. Escii! To put it in a nutshell, before I started traveling Me ray n Esci have been chilling allot, basically any weekend. Gettin Blazed, Playing sum Games. Adventuring. but most of all canceling on […] 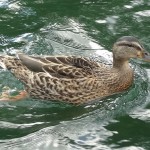 23Da July, Trakai Chillin. (7/26/2014) - Ever since I came to Lietuva, I heard about Trakai, A Small town with a Castle. surrounded by water and amazing forest and so I wanted to see it from that point forth. Although I wanted to go there before, eventually it failed ery timez Cuz I was hoping to go with someone I met […]

Just another Crazy DayZ (7/22/2014) - Before I start with all da madness, lets just go back a little and let me show you what we haz been doin eh! Although most of the straw/clay walls have been made and the house is closed, there are still a vew to be done at the Front and Back Entrance. Before the weekend […] 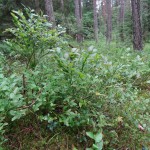 Bilberry Gathering (7/16/2014) - Last Sunday i had to bring Chrisreal n Petersz to da airport again, and I figured if I’m going Vilnius that early I should find something awesome to do. I gave some people a call and I was able to join Rutaz and two of her friends Brojus n Justas to da Vilnius forest to […]