Back in the days I though that brewing beer was quite difficult, I have to admit I never really did research into the process, I just expected it to be a long process difficult to do at home. well, I found out this is hardly true. Its actually super easy, all you need is some patience for the beer to ferment. 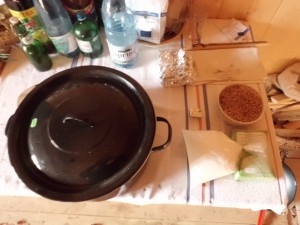 Ever since I arrived at my project in Romania we have been brewing our own beer, only four ingredients are needed if you don’t count the water which are:
Grains, 400 gram (we used Barley)
Hops, 50 gram (locally grown)
Yeast, 30 gram
and Sugar. 500 gram

First thing you have to do is soak the Barley for about 24 hours in water. afterwards bake the Barley in a pan without oil. Basically evaporating the moist by heating them. Make sure you keep steering the barley otherwise they will burn. It takes quite some time for all the moisture to completely evaporate. If you want to check whether your barley is ready just chew on one, If its soft it still contains moisture, if its hard it good to go. The color of the beer will depend on the color of the Barley mostly. Heating your Barley longer so the grain gets darker implies a darker beer.

When the Barley is done its time to fold the Barley and the Hop in some cloth and fill up your pan with water. basically you want to boil the water for about 4 hours with the Hop and Barley floating in it. We used one package of Hop. One bowl of Barley and about 15 liters of water. I suggest you experiment with your own proportions. If you are cooking on fire make sure the fire is roaring all the time and the water doesn’t stop boiling. Its important that it continuously boils for approximately 4 hours. 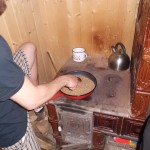 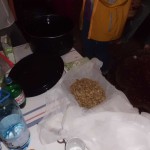 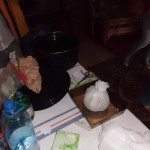 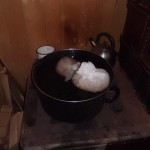 When the boiling is done let the batch cool to room temperature,  remove the two bags of Barley and Hop, fringe the water out of them as much as you can and add the Sugar and the Yeast to the big batch o beer, make sure you chop the yeast into small pieces and steer it for a bit. Then let it sit for the night (or bout 12 hours) If everything turned out well there will be a big layer of foam on your batch o beer the next morning, this is perfect! its ready to be bottled.

We used those Grolsch bottles you can reopen, there prefect for this job! So load them up, but not completely full. just up until the neck. Then put them upside down back in the box and store them in your basement. Now the fermenting process starts and the patience is needed, wait for one week, open up one bottle and taste it, if you open it it should make a big bang like opening a wine bottle. If its not fully fermented yet or you don’t approve of the taste yet, leave it for another few days or week and taste again. After about 2 weeks you should definitely have an amazing tasting home brewed beer! 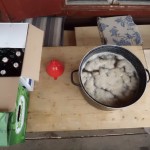 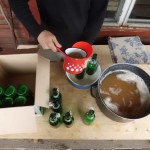 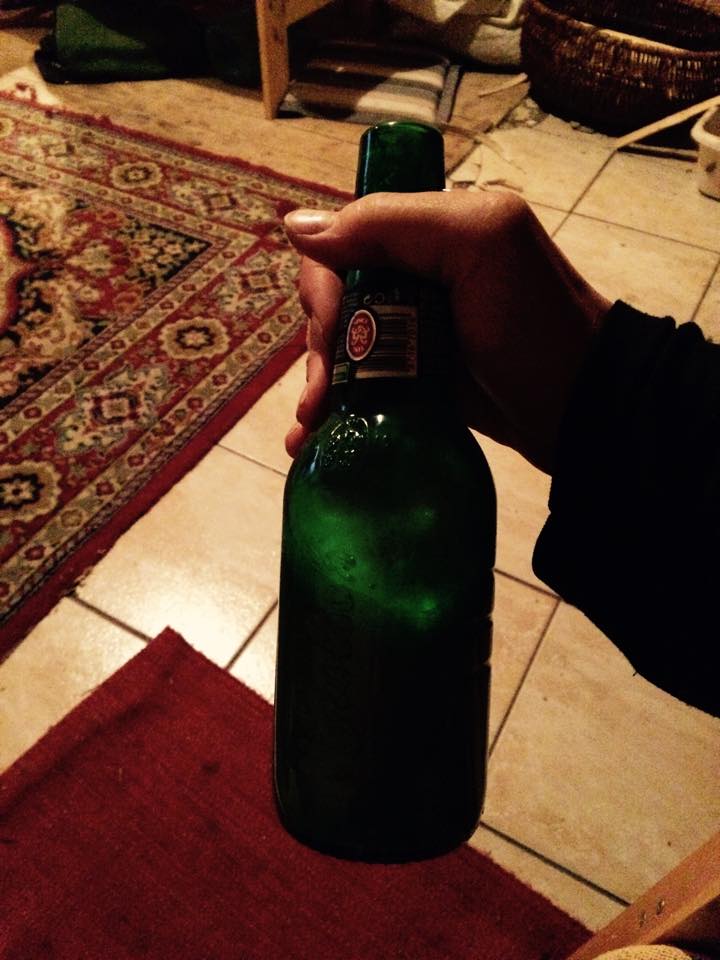 Home made beer in a bottle, Whuuut whuuuuut