That night I slept wonderful, not that i’m a bad sleeper or anything. But probably the combination of Țuică and being aware that I have almost arrived at my next project made it just wonderful. That morning I was fed with an amazing omelette, full of veggies, spinach, eggs and I have no idea what else was in that crazy omelette. I just remember it was amazing! with our bellies filled my garlic and silver bullets ready we started walking Cluj, check out whats the deal in this city. It started quite crowded, with lots of older people in the district Ioana was living. but after a short walk we came to a more silent nature like environment and a river flowing through Cluj. Near the river was a “Dutch” wooden shoe and a English phone booth, Both supposedly gifts due to the great co-operation between these countries and Cluj. 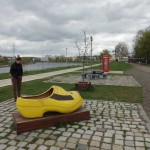 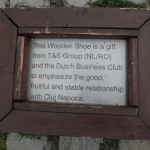 Our first Quest was to climb the nearest “mountain” to get a nice view of Cluj. Besides the stories goes that a dragon has made his lair there. I was fully prepared for an Vampire attack, but I didn’t really expected dragons to roam the Romanian landscape. Full with excitement I followed my guide her footsteps onward to the mountain! Between us and the mountain was a football stadium of the local club, it seems many trees died in the creation of this stadium. afterwards we just had to cross a park full of crazy old trees. But then it started, the climb! And adventurous it was! we encountered some wild humanoids, considering it was still day probably not Vampires, there were holes reaching to the earths core, definitely not something you would want to fall in. We passed some crazy sand/clay rocks and eventually made it to the dragons lair.  The dragon was no present at the moment, I was hoping to steal an egg to grow my own Pet dragon, Sadly there were no eggs either. 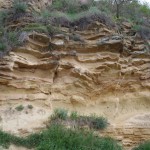 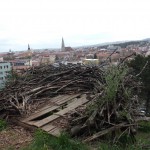 With the view of Cluj and knowing where what was, we went down and wandered the streets some more. The first thing I noticed when walking in the center of Cluj was the Students, Like seriously! Students everywhere, no 30+ person to be found. unlike the district we came from. besides all the students there were a lot of construction workers working the streets.Anyway there are 3 statues of Awesome Romanian kings (I believe they were kings) that we visited, basically every statue represents one of the Awesome kings of the old kingdom (Transylvania, Moldavia and Southern Romania) Sadly my memories is failing me bad on this history lesson, What I remember is that the most Awesome one wanted to combined all 3 regions to one big kingdom, As expected he got assassinated. One of them was somewhat racist and didn’t approve of foreigners that much. The details of the third one have gone to oblivion. We walked some more, found some Roman ruins. I was told that the whole city of Cluj is build upon Roman ruins, they tried building underground garages etc. but when they found out its full or ruins they realized it wouldn’t be such a good idea. We visited the gothic church of Saint George (the dragon slayer) and found a statue of him actually slaying a dragon. Obviously implying dragons are real! 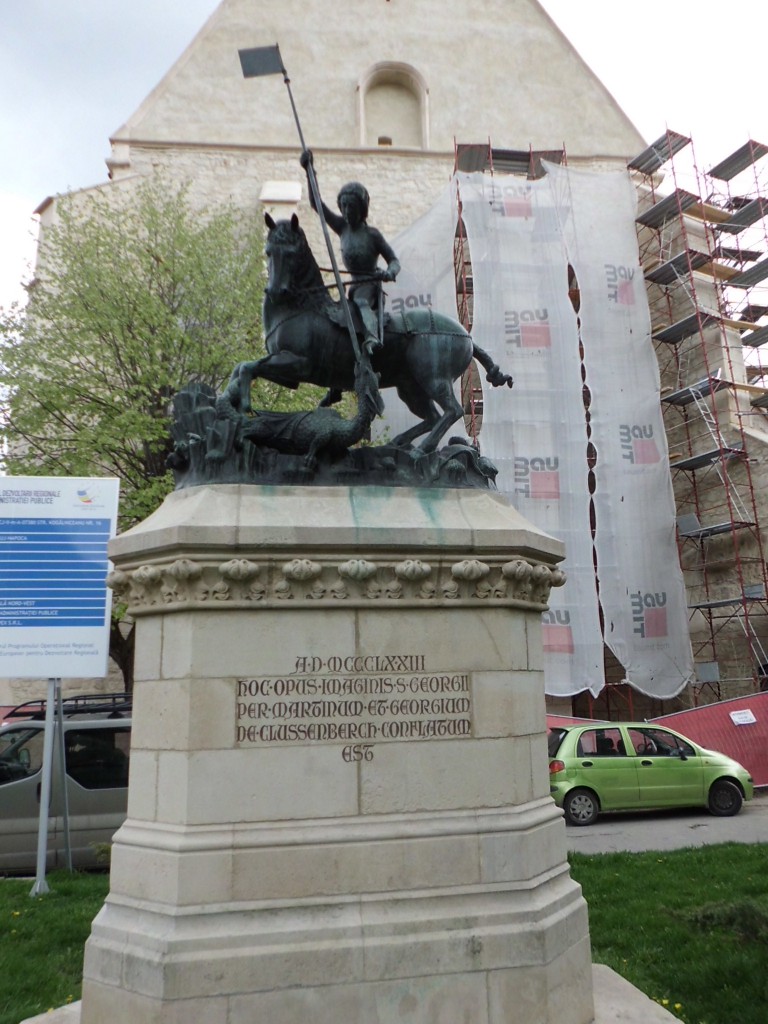 There is also quite some graffiti going on in Cluj, Mostly tags but some pretty cool stencils too. One of the coolest was of course hypnotoad. But actually most of them were quite meaningful with an actual message, for example the Pontaur one, to explain: the prime minister of RO is named Ponta, and hes a gold digger. Basically he wanted to take down a mountain supposedly full of gold (Rosia montana) but the Romanian people protested like mad! as in seriously, the whole country was going into the streets for days, and keeping it up once a week after that for some time. And they did it! the mountain still lives and the people living there happily ever after! the fight still goes on though (FYI, they also protested against fracking heavily and scared the fracking company out of their country) the reason this stencil is so awesome in my opinion is because Taur means bull, and Aur means gold. this wordjoke combined with the dudes face sprayed in gold with horns explains it al!! the stencils were also part of the protest. Say what you want about Romania. At least the people have the guts to open their mouths and show when they don’t agree with the Government! 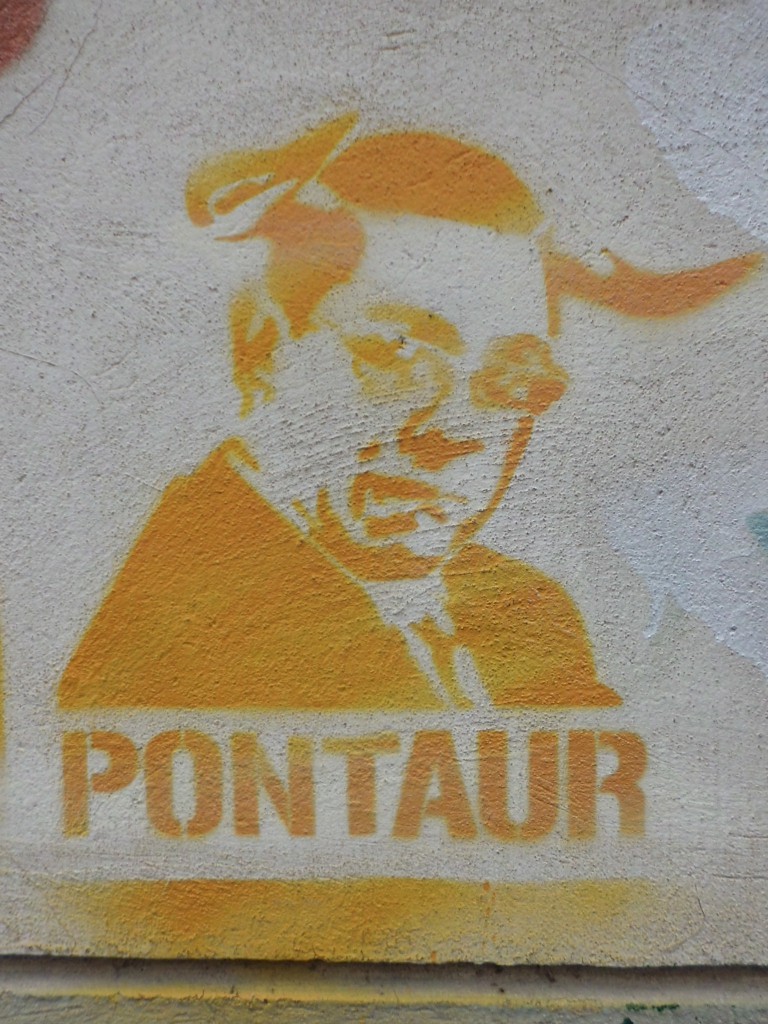 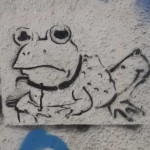 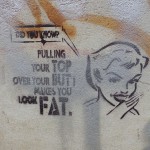 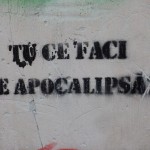 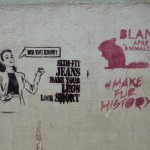 After checking the statues, learning everything about the stencils eating some Romanian cakes and getting crazy due to all the shit loads of students walking around we decided to check out Cluj Botanical Garden! The weather was perfect for this and the Botanical garden was pretty cool. They had quite the species in the greenhouses, from amazon plants to palms and everything crazy! I never realized bananas actually grow towards the sun :)) we spend quite some hours walking and chillin in the Botanical Garden. They also have one casualty of the Stadium laying there as a memorial of the slaughter that went on there back in the days. A Willow tree with a diameter bigger then I am! when the garden was about to close we headed home. That night I though Ioana and her roomates Shithead! hell yeah!!

No Vampire or Dragons were harmed that day!