Cob ovens are great! they are easy to build and maintain. The thing is they take some time to heat up before you can use them, meaning that you can’t spontaneously bake a delicious cake. There is a solution to that! Its The barrel oven! The barrel oven is a very practical and wood efficient oven to bake your delicious cake in and doesn’t require much expensive materials either. It is mostly build of brick and clay, but you do in fact need a proper barrel and some steel parts. The barrel will act as a cooking chamber, the heat generated by the fire directly below the barrel will also be stored into the ovens mass slowly releasing it afterwards. Because the fire is directly below the barrel and the air circulates around it, the oven becomes very easy to heat up (in approximately 15 min) compared to the domed cob ovens, thus saving lots of wood and waiting time. For this reason the oven is great for spontaneous cake baking!

We build one of these oven for a soon opening hostel in Cluj Napoca, Let me show you how we done it, hopefully this will help you to build your own amazing Barrel oven!

First we started with digging a hole for the foundation one by one meter wide and approximately 60cm deep. In the hole we carefully placed stones to get it level with the ground, filling the gaps with smaller stones. The top layer of stones we filled with clay to stabilize them. Meanwhile one of us started mixing a clay mixture for building the base of the oven. 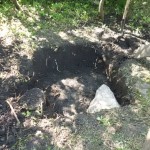 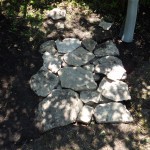 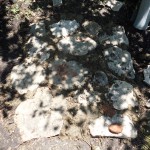 fixing them in place 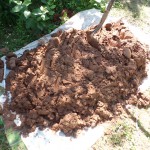 With the foundation done we started going up one level with stones for about 10 cm. On this layer we used clay for every single stone to be stable and properly fitted. Once that was done we placed the ash-drawer in the middle and stacked stones around it to make it even with the drawer. Two metal strips were placed on the bottom for the drawer to slide on, while on the sides we used bricks to guide it. Once the stones were even with the drawer we leveled it with clay, making a straight and even foundation for the next layers of bricks. We placed the bricks for the grating to sit perfectly above the ash-drawer and laid the outer contour of the oven. 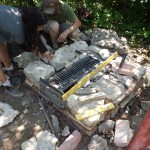 adding a layer of stones 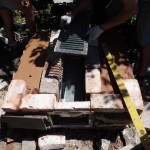 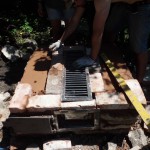 Up next we stacked the bricks on the outside as high as the door for the fire chamber. We carefully fitted the door and started preparing for placing the bricks on the inside of the fire chamber. The bricks on the inside are placed in a 45 degree angle to help guide the heat from the fire to flow around the barrel. We used stones to support them and added clay to make it air tight. meanwhile the ash-drawer worked perfectly as a clay catcher to catch access clay and reuse it. When we finished placing the bricks in a 45 degree angle we added two more layers of brick on the outside square before we started on the arch. 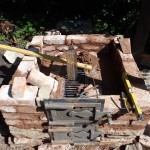 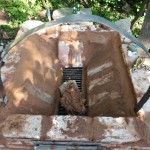 To support the barrel we added two L shaped metal strips from front to back, then we used six metal strips bent in half circles to support the bricks for the arch. We also added one layer of mesh between the metal supports for the arch and the bricks, to make things a bit easier and so the clay could not fall between the barrel and the bricks. The chimney rests on two of the metal arches with bricks and clay keeping it in place and air tight. 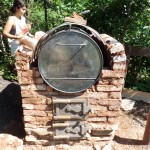 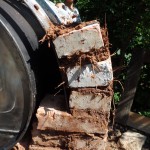 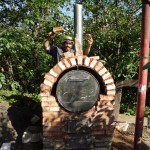 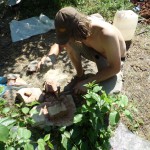 After finishing the arch we used the small pieces of brick the cavedude was chopping to fill up the access space between the barrel and the arch, making it air tight with clay. Then we made a sand/lime plaster to smooth out the outside of the oven, we added about 2 nice layers of lime plaster. Due to the fact that a roof will be build above the oven soon and the final color of the oven was supposed to be brown we mixed some clay with water and brushed in on the final layer to give it a nice brown finishing touche! 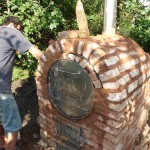 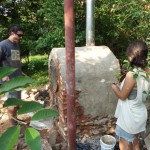 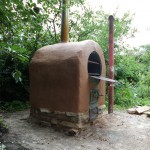 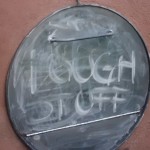 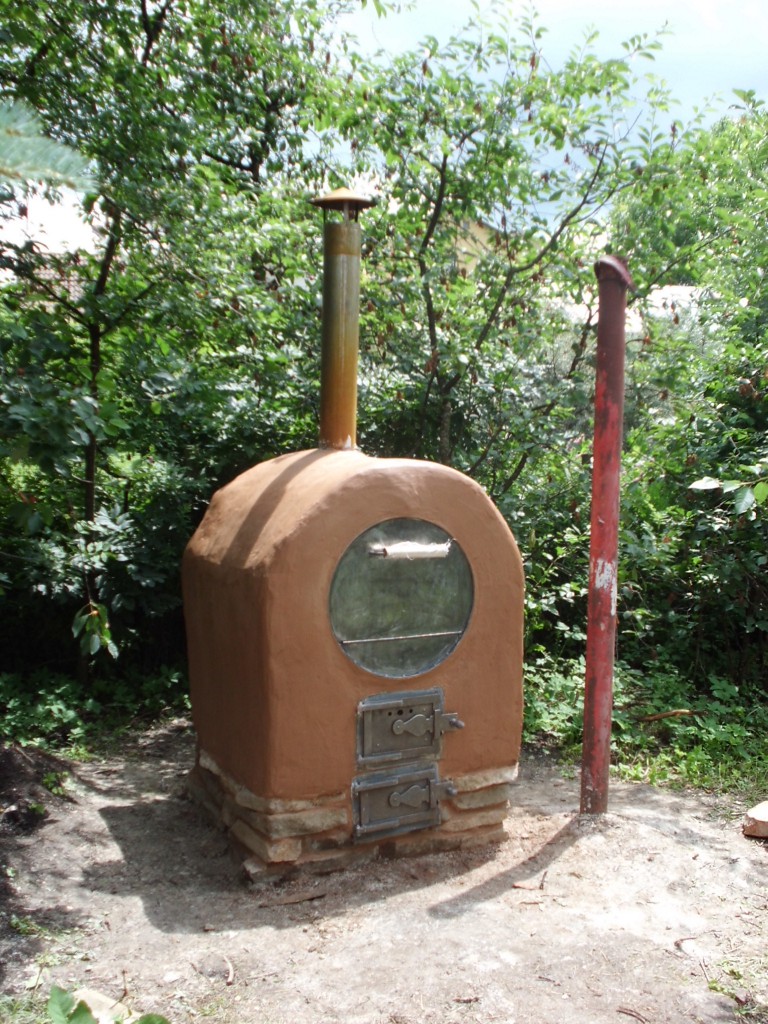 Now that’s what I call a great looking oven!

Made possible by the best team in da world! 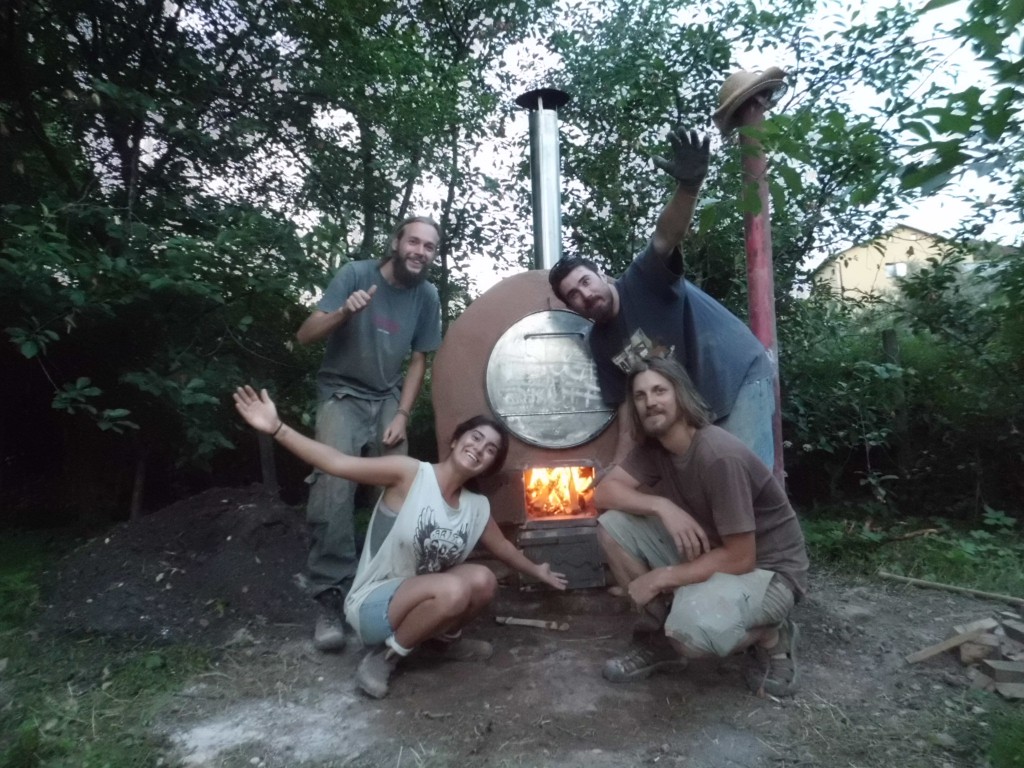