Before I start with all da madness, lets just go back a little and let me show you what we haz been doin eh!

Although most of the straw/clay walls have been made and the house is closed, there are still a vew to be done at the Front and Back Entrance. Before the weekend me n Crayray started doing some Straw/Clay wall building, to explain the process a little: You dig up some clay and add lots of water to make it Smearablez, Then you mix it with the Straw, Once that is done you push it in between 2 wooden plates and the wall beams until its full. Wait just 15 min for it to dry a bit. then you can go up and up and up. Its not hard at all! 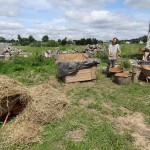 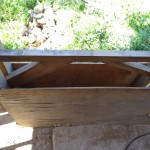 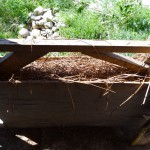 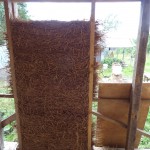 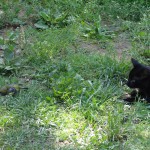 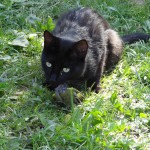 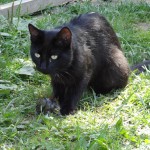 So today Basz hasz been doing some professional shizznit on da  Western part of the house, almost finished Osnap! Just not yet!, Meanwhile i have been doing some preparations and Windowork on the South side of da house, in preparation for Basz so he can continue with his Lime layer. 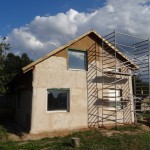 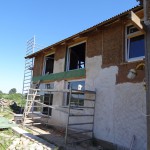 Meanwhile doing all this work, Basz his Father came with some heavy machinery from Obuolių Sala to dig some holes for sand and bring it from the back of the property to the front. to spare us some time. Things were all going well. Lots of sun and lovely weather, Then around dinnertime when He wanted to leave and bring dem Machinery back to Obuolių Sala some crazy shizzle ma nizzle happend. 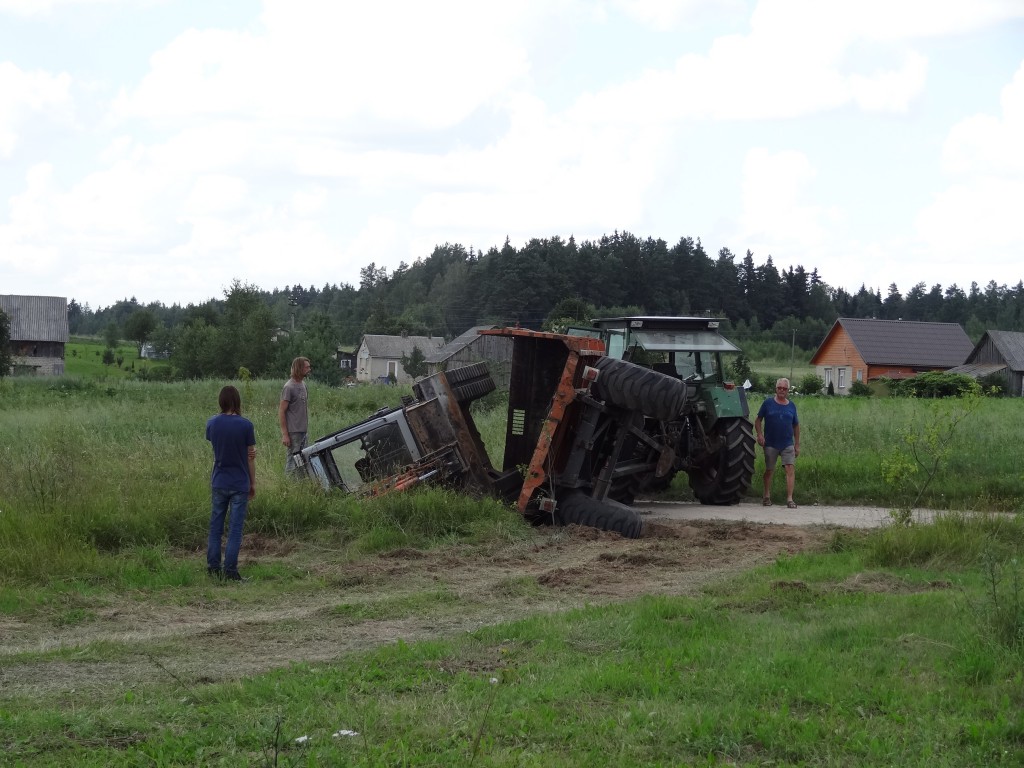 Me n Crayray were working on da house, we saw him drive through the holes and stuff. and at first we were laughing cuz the Tractor and things were Bouncing like crazy. Then suddenly it started tilting……

We managed to get the cart on its wheels again. but for the excavator we needed another tractor to do the job. so while they went to Obuolių sala to pick it up(Tractors don’t drive so fast) we bought some beers to sooth the pain. With the other Tractor the job was done easily and we managed to get the Excavator on its feet again. after checking all dem stuff and fixing a few thangs everything worked fine again. no people were hurt. no machinery got broken (except for some dents) 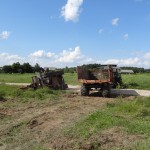 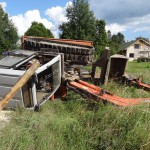 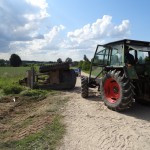 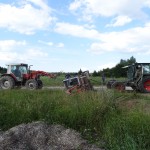 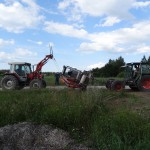 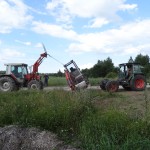 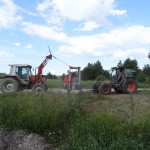 To celebrate this, we tried to some Acrobatics, N I made some Šaltibarščiai. Also I would like to Introduce you to a new member of the IzReal Family, MR Rocketstove. 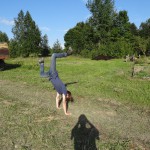 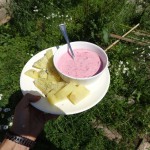 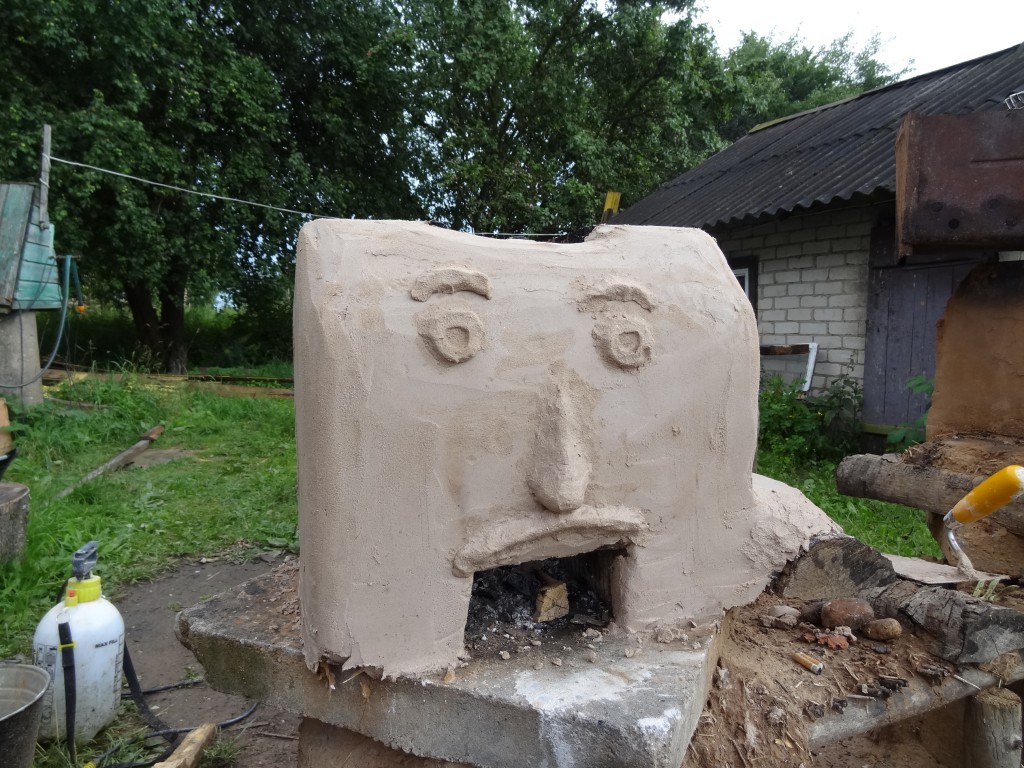 So yeah, Just another DayZ @ IzReal

One thought on “Just another Crazy DayZ”