The next morning I packed all my stuff as usual, Had a walk to the city center where I took the Red Metro line to Opatov, There I took bus 363 to a little village called K sukovu a bit south of the city. From there I walked for about 20 minutes to the highway, there was a nice Petrol station with McDonalds and loads of people, When I arrived there was already a dude trying to hitchhike at the end of the exit. Tried to talk to him but he didn’t seem to speak any English, I didn’t want to intervene with his hitchhiking, while standing in front of the McDonalds figuring out where I should try and get a ride a random dude came to me. His English was not so great either, but he was heading towards Brno and invited me to join him. I agreed for this was perfectly in the direction I was heading.

The dude named Michal turned out to be a pretty cool guy! he is living in a small village close to Brno, and travels to Praha once in a while to visit friends/family or get new gear for his shop, for he owns a Winter Sports store. normally he would take the train, but this time he was with car for he had some furniture he had to move. He told me about his shop, that he would travel to Switzerland and Austria quite often to trade gear, which he then could sell in his shop. In winter period he would teach people to ski and that’s how he comes around. looking for a cool due to teach you how to ski, or maybe need some gear? check out his site! 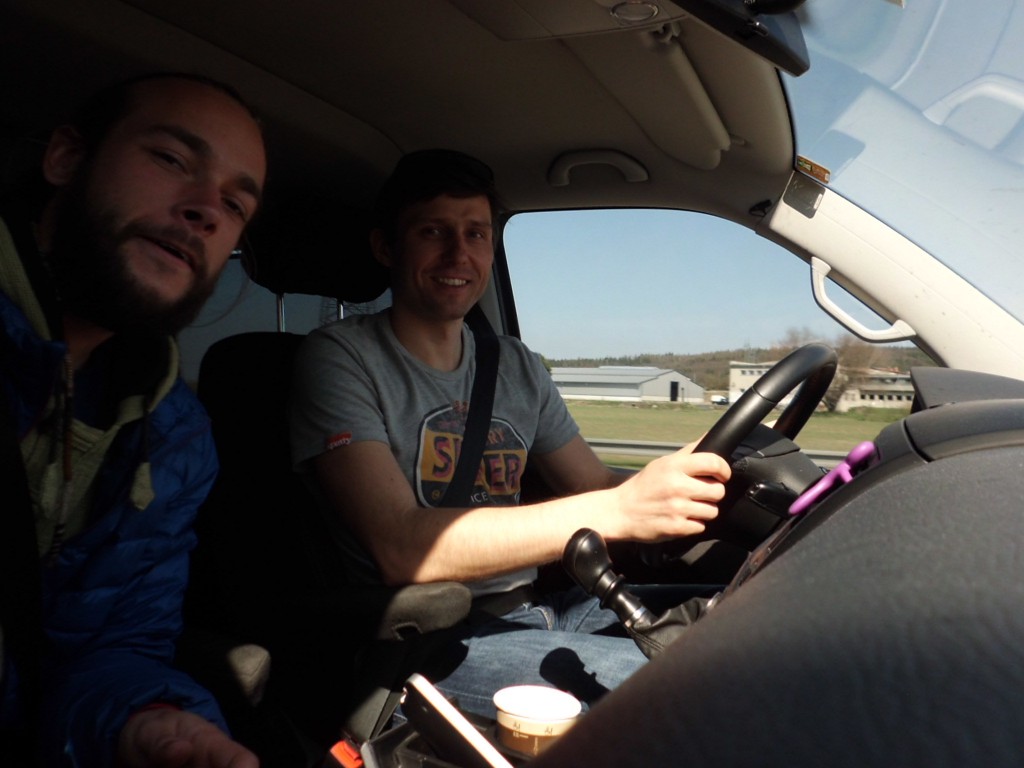 He dropped me of at the other side of Brno at a massive shopping mall, At first it looked great for it was extremely crowded, but then I realized this wasn’t so great after all for most people were locals heading into Brno, not really beyond Brno to Bratislava. Anyway I had quite some fun, standing at the Roundabout, trying to hitchhike police cars, buses, taxis and cars full of people and groceries. The problem was that I was standing in front of the Roundabout, from there the cars were going in 2 directions, Either towards Bratislava or back to Brno, it took me about an hour. When I decided to break some rules and move to the other side of the roundabout, standing before the Highway sign in the gras but on the exit towards Bratislava. Reading the streetlight it said “Golden spot” 5 minutes later I got a ride!! looks like it was the Golden spot!

This guy called Ladislav didn’t speak English either, but he did speak German. Again a pretty cool dude, He was quite the rocker, traveling between Czech/Slovakia/Austria working as a Meat Inspector, with all his gadgets. He knew all the cool hard rock radio stations in each of these countries. He didn’t play any instrument himself though. but he was cool enough to drop me of in the Center of Bratislava. 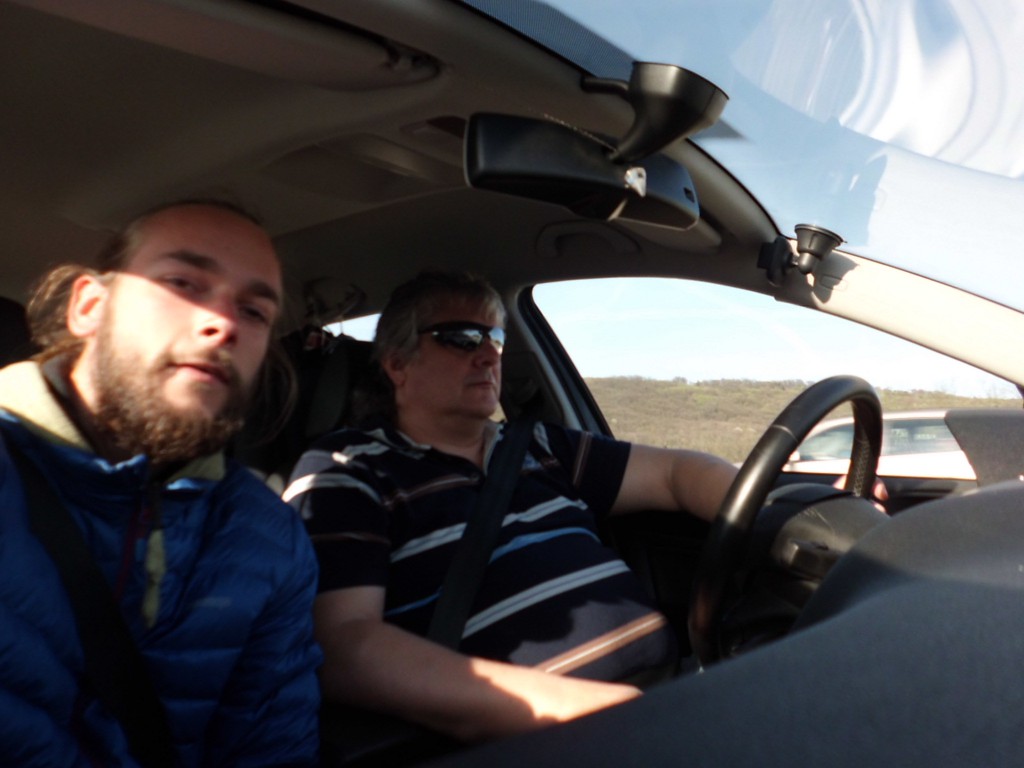 For that night I actually found a CSser to host me, because it was still early I walked towards her home and chilled in a nearby park until she would be done with work. She was really cool, Named Mary and Skater by Heart! she has started writing a blog since recently, tale-telling about her travels, skating and food recipes. Her blog is called Brcka Mary! even though it was already around 20:00 she made me delicious food for I did not eat that much that day. but dang what was it delicious! simple cheesy sandwich with some veggies. but very good! shes quite into the healthy foods, making her own serials and mainly eats whole fruits etc. We had a good conversation about different ethnicity’s living together with or without problem, and how the youth of today always wants to belong to some sort of group, like gangster, goth, hipster, skater etc. We realized that it doesn’t matter what you feel like you should belong to, as long as you are true to what you are its fine. don’t be a Fake!!! I was hoping I could stay for a few days so I could check out Bratislava and get to know Mary better, but she was a bit busy (Mainly with Skating :)))), I decided to get going again in the morning. Onwards to Budapest