The last two weeks we had an extra visitor @IzReal. Andre, he is a photographer. Last year he was here for the first time, he liked the project so much he decided to come back Every year from now on to Photo Report about the happenings around here, if you are interested about last year you can find his Facebook Page Here.

This year he wanted to do a Photo Report about some Craftsmanship, When he heard I studied furniture he got rather interested, His plan was to do a Photo Report about the bench, “From Plank to Bench”  he liked to call it, but in the end we worked on the Greenhouse and lots other things so the “From Plank to Bench” didn’t really happen, there was need for a Table outside between the Rocket Stove n Water well, to Aid the cooking and general work.

I can make a short story long, but this time ill just stick with the simpleness of hiz picturez,
Enjoy the album below, about Tinkering a Table! 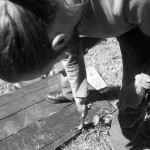 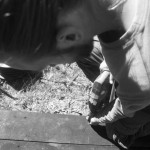 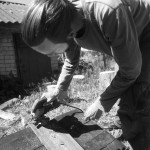 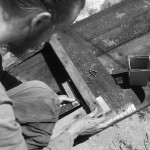 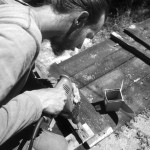 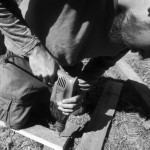 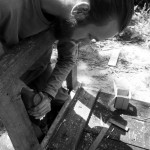 Fixating it on Table top 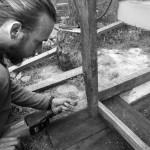 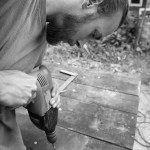 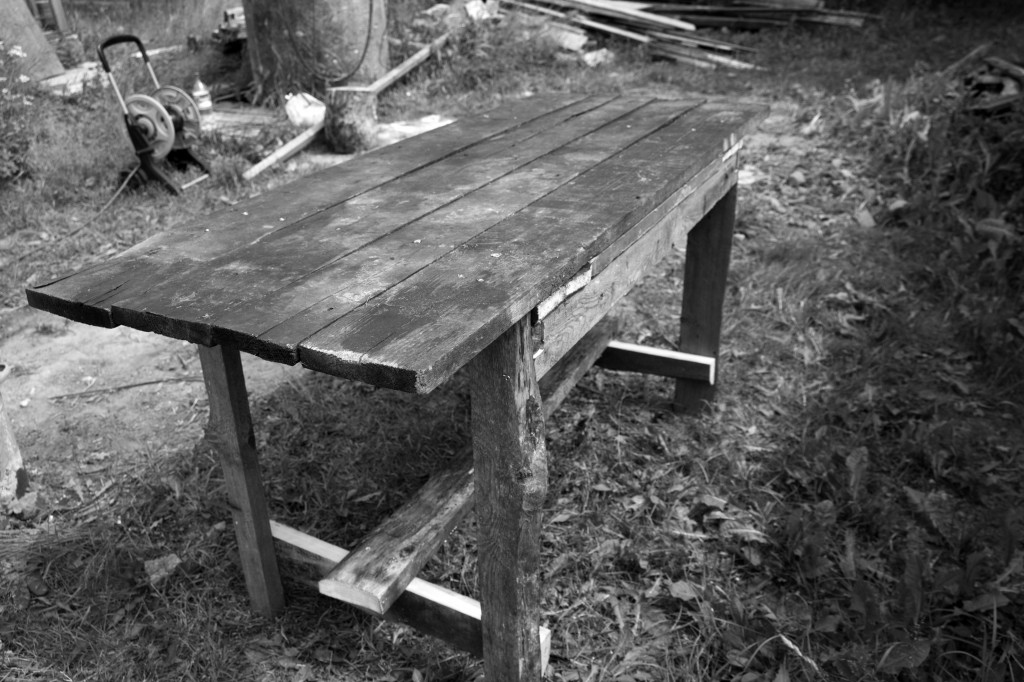 So back to the “Craftsmanship” there were some mental thingiez going on in my Brainz when working on this table. Most of the time I have been using Stationary and big machinery to make furniture and related Wood Joints, to end up with either small or huge cabinets or furniturezz. At school I did learn to do basically any Joint by hand, but after school this faded pretty fast. Work is not about making an awesome Joint, Its about making money and finishing this Cabinet ASAP!

A table like this is actually not that hard to craft. Usually you start with framework for the Undercarriage and finish it with the table top, due to: I already had the Table top, I did it the other way around for a change, but on the way, I noticed thing were not exactly right. for example at first it Wobbled like crazy, While in theory I figured my Style and Rule work would be perfect for the job, in the end it was not. I had to puzzle a bit, and with some tinkering I finally found a way to make it stable enough. yet again, not much craftsmanship was involved (in my honest opinion), using a Jigsaw and a power-drill with screwz ghegheghe.

The point in trying to make clear is: a lot that I have learned in the last 8 years of fine woodworking, is something I have not exactly been able to put into practice here, I notice The voice in my head likes to blame this on lack of tools, but in the end I just didn’t find my way yet. Things that usually are EZ, now take way to long in my opinion or go wrong. I have to do things on completely different way, in which this voice in my head get all weird about it instead of just accepting it and fixing it with what I have. (which would normally be the case)

It haz been 2 months since I left home, I still stand 100% Behind the decision I made. And i really like beeing here, but with this table, especially with the Bench (which I’m still working on D: ) I’m starting to realize the other side of the decisions I made, Things are not always as you expect/want them to be. Especially in a place where I am living now. Even more when you do not have the tools you have been thought to work with Inside the Box. Here we are outside of the box. With only a vew of those tools.

Finding your passion is what matters most,
Yet I can imagine he also needs to get used to thingz around here,

an answer will come fo sho,
In Time!

One thought on “Table Tinkering”