Ovens are awesome! and i’m pretty sure you would agree with me when I say there simply awesome because pizzas are awesome, home baked bread is delicious and cake is no longer a lie when you have an awesome oven to bake dem in.

still not convinced? well let me show you how easy it is to build a “rocket” oven yourself with the use of straw, clay and bricks.

You start by finding a nice spot for you new oven, make sure it is leveld you don’t want a 45º tilted oven, u can use sand to level it, if the ground aint flat enough, afterwards you’re gonna have to decide the size of your oven. in our case we made the base of the oven around 1 meter in diameter, for the dome that will be on top has a +/- thickness of 15 cm. and we want enough space to make huge pizzas. once you’re sure about your measurements start with a single layer of clay then you can start laying the bricks and Rocket system. using a clay/sand mixture for cement, fill the open space with some random dirt and rubble to give the whole structure some mass 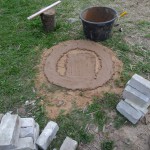 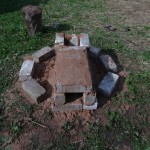 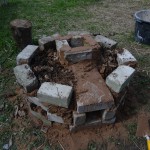 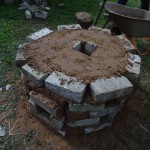 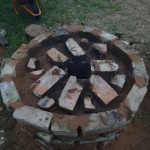 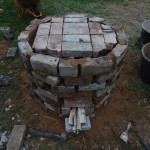 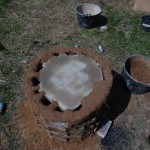 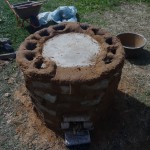 To make the air vents we used beer cans and basically clayed around them,pointing up towards the center. this will also be the base for the dome, try to make it as sturdy as possible and make sure the oven floor and the clay for the vents has dried well enough! before you start building the dome. 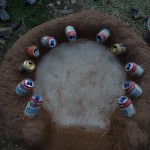 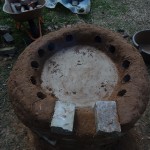 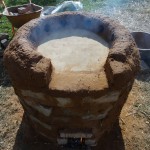 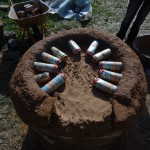 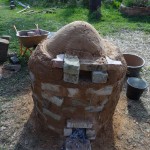 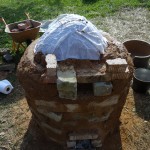 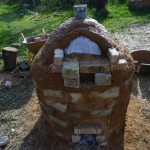 Meanwhile we filled the gaps on the outside of the base and also added a layer of sand/clay to make it more round and smooth. to speed up the drying process of the globe, you can carefully start digging away a little bit of sand on the top of the dome (only if the first layer is dry enough) and start a small fire. carefully dig out more layers of sand while you make a fire in between the digging of those layers until you have dug out all the sand. its very important to do this carefully. if you go to fast and the first layer is not strong and dry enough it could collapse. or you could just wait until the first layer has dried completely before removing any sand. 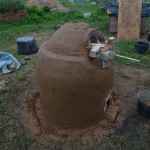 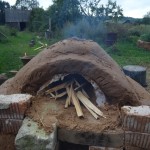 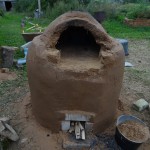 Now the globe has its shape and is completely dried you can start adding layers to isolate it and finish it. we made the brick arch first to be sure what shape the door would become, and from there it is easier to shape the final layers of the globe. the second layer you add to the globe should have straw again, for this isolates better. every layer you add should be as thick as the first layer +/- 5 cm, and completely dried before you add the next. while we were at it we also made a little door :) 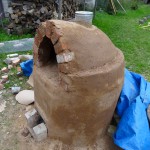 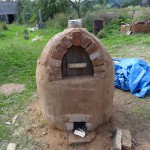 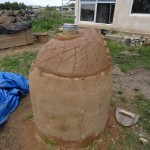 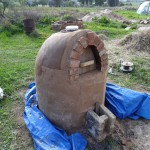 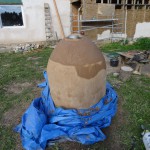 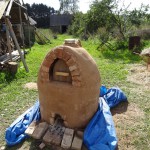 So now the oven has its finished shaped. but its still only from clay right. either you need to have a roof over your oven. or you should finish it with some lime or lime/clay finish for it to be able to survive some heavy rain. we still have to do this. so a finished picture will be added sooner or later. but its really important that you do so. if you leave it unfinished and rain hits the oven. things can turn out to be bad for your awesome oven.

you might be thinking. whats the deal with this chimney brha? basically a chimney is not needed. but we like our things to be multifunctional. we build the chimney and a hot air flow “system” so we can boil some water or keep a pan heated up while we use the oven. we will make a special lid for it, for you have to be able to close the chimney because you don’t want to lose the heat in the globe. but for now this aluminum lid will do. 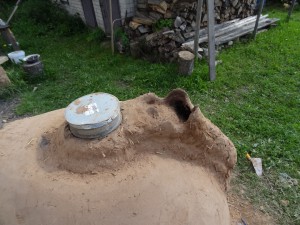 Dont forget to clean the inside of the oven before use! 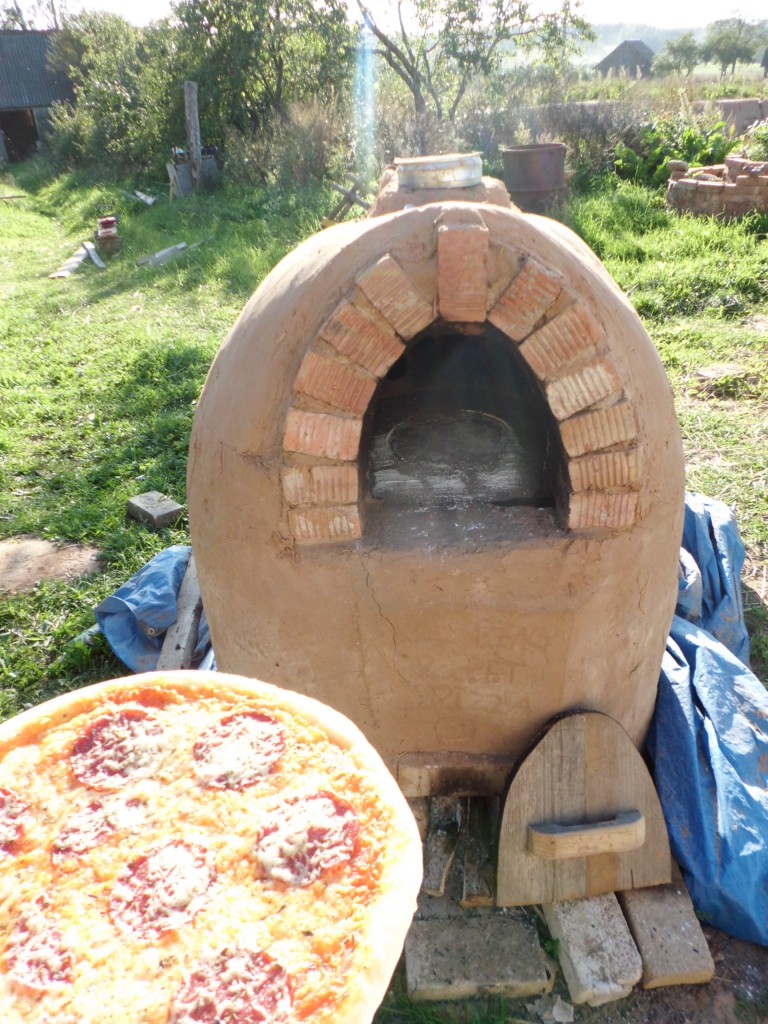