Not only have I been meeting new amazing people, n trying to learn some new languages. I’m also learning allot about history from different regions of Europe,

The legend of the Iron Wolf, and the Rise of Vilnius is by far the most interesting until now. I will try to tell you this legend in a nutshell. But of course you should probably consult the internet or the Lithuanian locals if you want the full “correct” story.

I got to know the story of this legend because kamile was wearing a necklace of the Iron Wolf, after they explained the story a lil. I also found out that here in Vilnius, there is a Iron Wolf statue that moves around like the I Amsterdam sign does in Amsterdam.
The next morning when i took the bus back to Moletai, i was honored to meet the Iron Wolf in the bus station 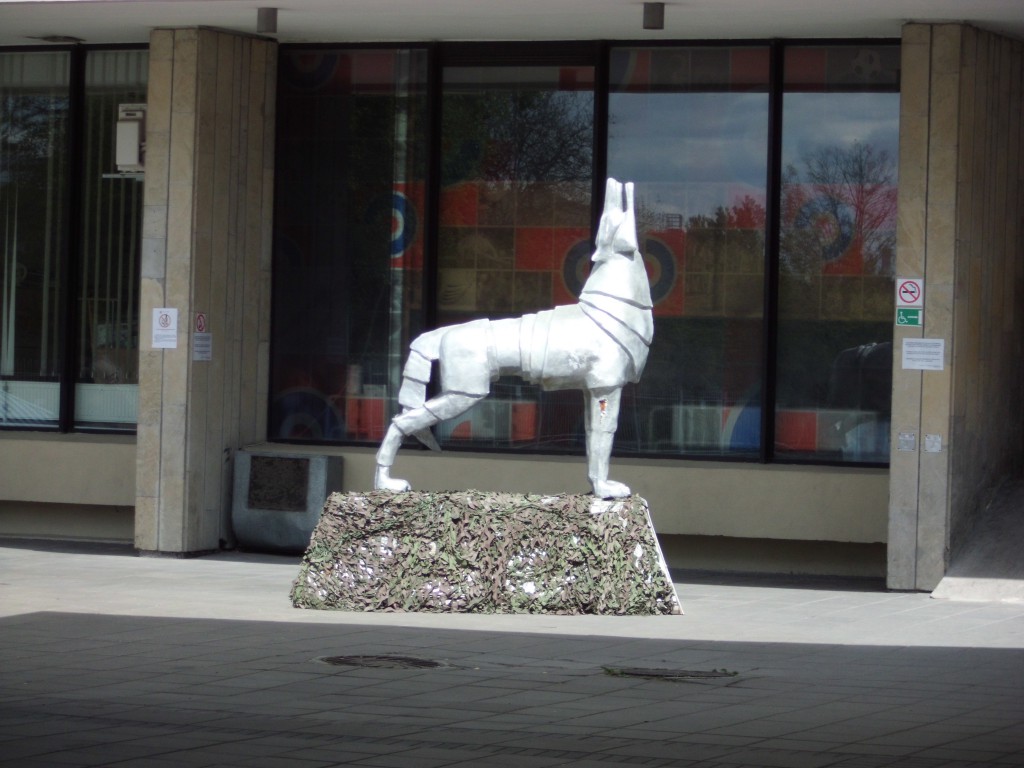 The legend of The Iron Wolf and the rise of Vilnius 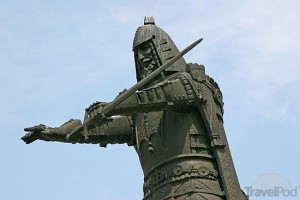 Once upon a time the Grand Duke of Lithuania, Gediminas. went on a hunting trip. he had lots o funzies. But hunting makes you tired. He was hunting in the Area of the Nerris where Vilnius is located these days.

There, on a mountain top he made camp and slept for the night. That night he had a dream, a dream of an Iron Wolf howling upon this mountain, his Howl sounded like like a pack of over 9000 wolves.

he was curious what this dream, this vision he had that night would mean. So he consulted a Wizard(/Priest) to find the message behind this dream.

the Wizard listened full of interest to the duke his story about his dream. With a vew strokes on hisz massive White Gandalf Beardz the Wizard told him:

“Sire, the Iron Wolf signifies a large and mighty city. The city will stand as strong as iron and its walls will protect the land from its enemies. The howling means a clamor will arise from it reaching far beyond the country’s borders and proclaiming through long centuries the glory of Lithuania.”

The duke was pleased and felt a connection with this meaning, He gathered the best Artisans, craftsmen, and more needed experts from all over Europe to make this city become Reality.

He started building the City of Vilnius on the mountain top he had slept that night and dreamed of the Iron Wolf.

The Beard stroking Wizard his predictions came true, Vilnius grew and prospered after Gediminas founding. Lithuania grew into a great medieval power allied with other powers like Poland. Gediminas his Grand son became king of Poland/Lithuania for a while, and conquered lots of land from the Baltic sea to the Black see. The Kingdom reigned for many years. until the Russians took over Vilnius, and shit got madface.

This legend is very known all over Lithuania and most of the people here know at least a small portion of it. I think its an amazing Story. soon I will return to the mountain the Duke slept to try and tune into the vibe of this legend. The last time I was there after my Crepzel breakfast I didn’t know about this legend yet. 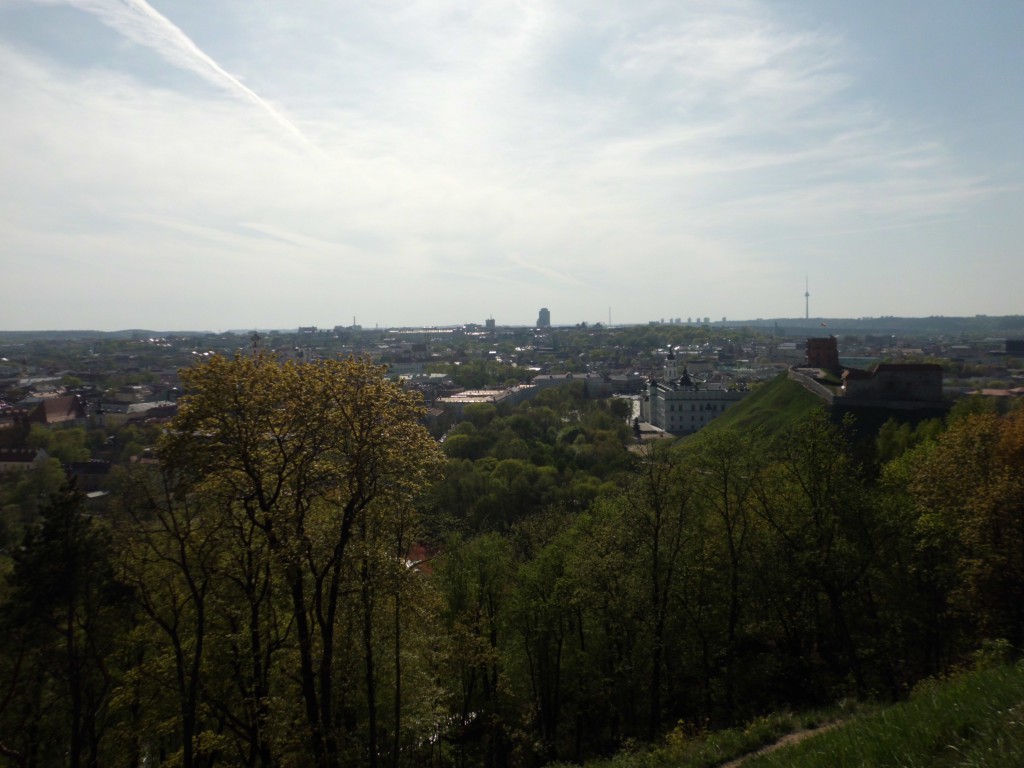 On the right: Gediminas his Campsite.