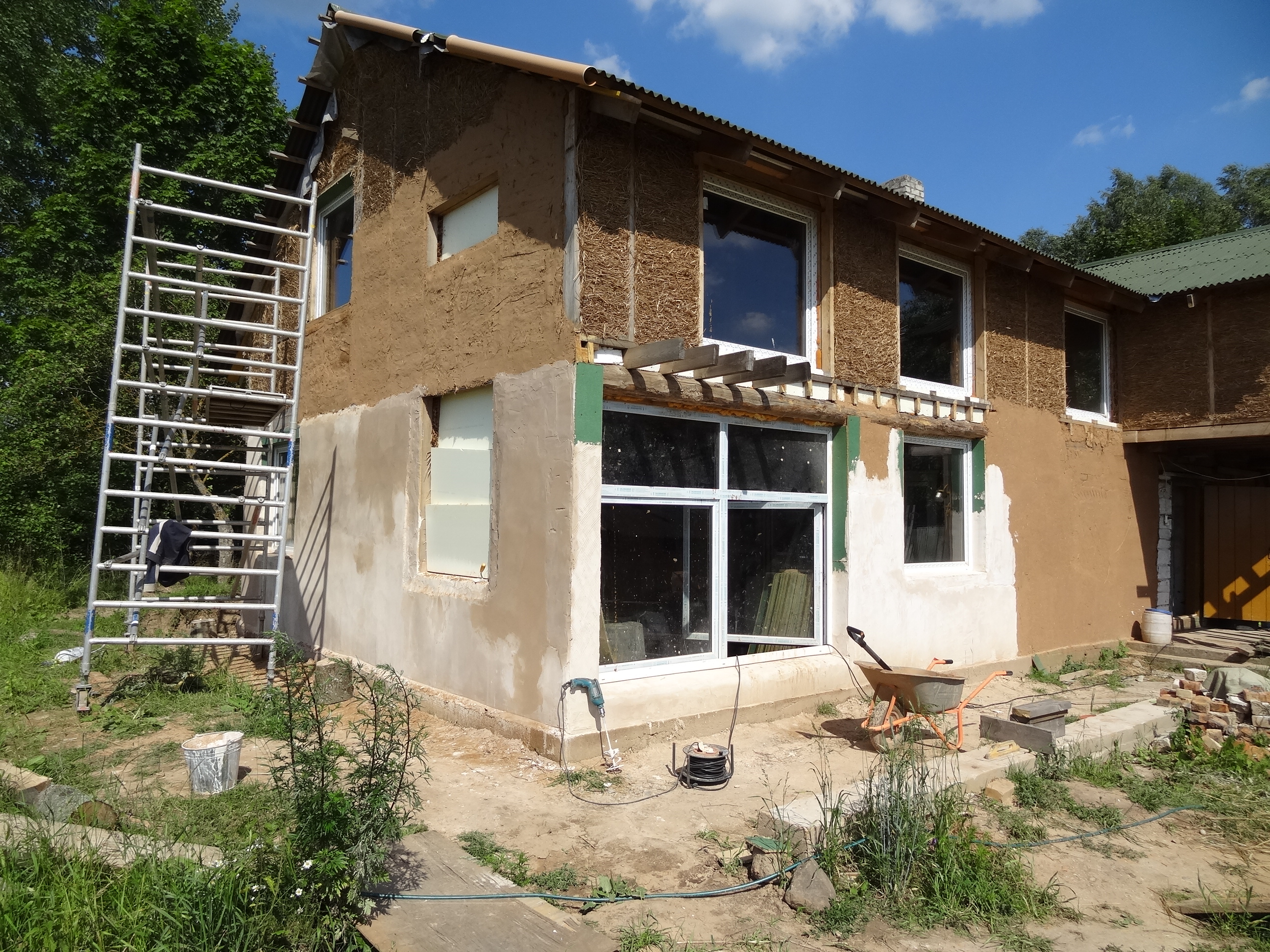 Its mid July these days n things here at da Izreal are going pretty amazing. Not only are the plants growing and blooming, and are eating from the garden regularly, N we have been working on the house like mad!!

We had a period of rain, lots O rain. but the last week it has been 30+ degrees again, I still have to get used to this a bit. doing this physical work in those kind of degrees without much wind can make me feel like a dolphin, dem shiny skin all day! but I try my best to wake up early, so we can chill when the Sun is highest. and continue work when it gets cooler again.

Anywayz. lets start with the foodzies growing around our yard. I’m not a pro gardener. so I probably skipped or didn’t recognize lots of them. For example: we had a Lithuanian visitor this weekend, he is really into diz shizz. so when he was walking around he started eating so much plants. apparently we have allot of spices and edible plants that he did recognize. 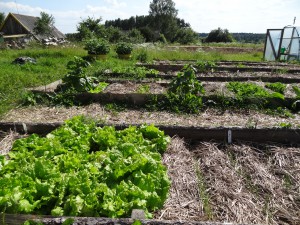 So this is what da garden looks like these days, some veggiesz have grown amazingly, others not at all. others have been eaten by Natural pirates. Basically Basz planted allot of seeds end of April. then like mid May we suddenly had 1 or 2 nights of Frost….. this fkd up lots of the Seedlings. so then we had to replant most of them. Luckily everything went alright and so we haz diz nao 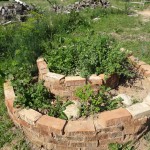 What happened with the Spices Spiral is still a Mystery. cuz I don’t think there are much spices in it that are supposed to be there gheghe. This probably also due to the vew nights of frost we had late this year which ended up destroying all dem seedlings. ah well. it looks hilarious though. who knows what we can find later this year.

The apples and Plums are doing pretty well though, we have shit loads of Apple trees. I didn’t even count them, but like 10 Apples at least, A vew Plums, and Even a vew pear trees who probably wont give fruit this year cuz they did so last year. but lotsoapples fo sho1!. the tomatoez inside the Greenhouze are also doing pretty nice! there growing very fast and starting to get biggah n biggah. also the cherry tomatoes and paprika are doing great. 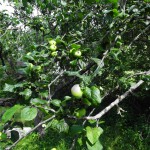 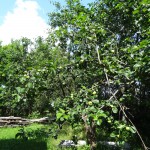 The time for me to mess around with wood and Tinker some furniture is over
We have a house to finish before winter, so the past 2 to 3 weeks we have been spending all our time on doing so. Basz haz been working on the base layer of the floor inside, where the Floor heating system will be build upon, And he has been Finishing the walls with Lime shizzle on the main floor walls. I finished most of the Window frames and worked on the Roof Edge with some Crayray assistance. we also have been Claying the the base layer on the second floor. also, Clayafitti 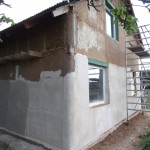 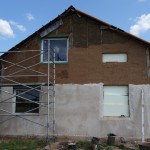 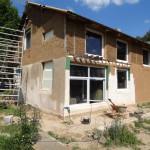 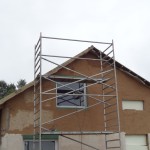 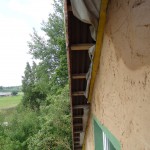 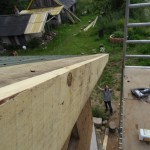 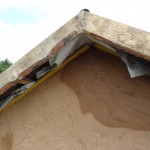 Pro angle sees it all